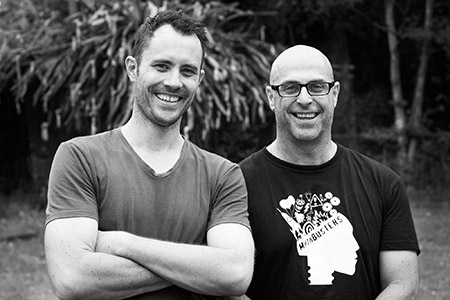 Peter has been writing for years. With a penchant for drama, Peter pens great narrative with a dark sense of humor. Peter is a true creative.

As well as concept creation and screen writing he has proven himself in the battleground of feature film direction. His recent feature “Eight” has screened
with acclaim in competition at the Atlanta Film Festival, taken out top prizes in Germany, and Croatia, and is currently represented by Adler & Associates Entertatinment on the world stage.

Peter is a story teller. You want your story told, you can trust Peter to handle it with care, and a good sense of humor.

Graham has a long list of credits in film production matched with an equally strong business accumen. Just as happy crunching codex as numbers, Graham offers the technical understanding that allows Blacmac to quote accurately and come up with the best solution for Blacmac to tell your story for the right price.

Graham will knock out the budget, schedule the shoot, and deliver it to broadcast or the web. If he gets the chance he will edit it too!

Blacmac have a strong and varied skillset but also understand that there are others out there that are required to achieve the best solution for your project. We are connected, we play well with others, and the most important thing to us is that you get results you want from the project we deliver to you.